As a second-generation builder, Derek Leslie has been in and around the construction industry his entire life. In 1992, upon graduation from BYU, Derek founded Homes West, Inc. At that time he began offering practical new homes without compromising quality. This is still his goal today.

Derek is a past president of the Building Contractors Association of Southeast Idaho (2002–2003), was awarded “Life Director” status in 2005, and named “Builder of the Year” in 2006. 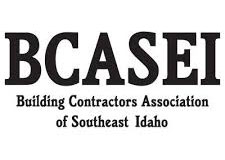 We are dedicated to maintaining the highest level of building standards.

As an association of homebuilders, we recognize the need to regulate our industry.

Looking for a contractor for your custom home?

GET A QUOTE
© Homes West, Inc. All rights reserved.